We’ve just released VideoScribe v3.7 and it’s now ready for you to download from your account page. 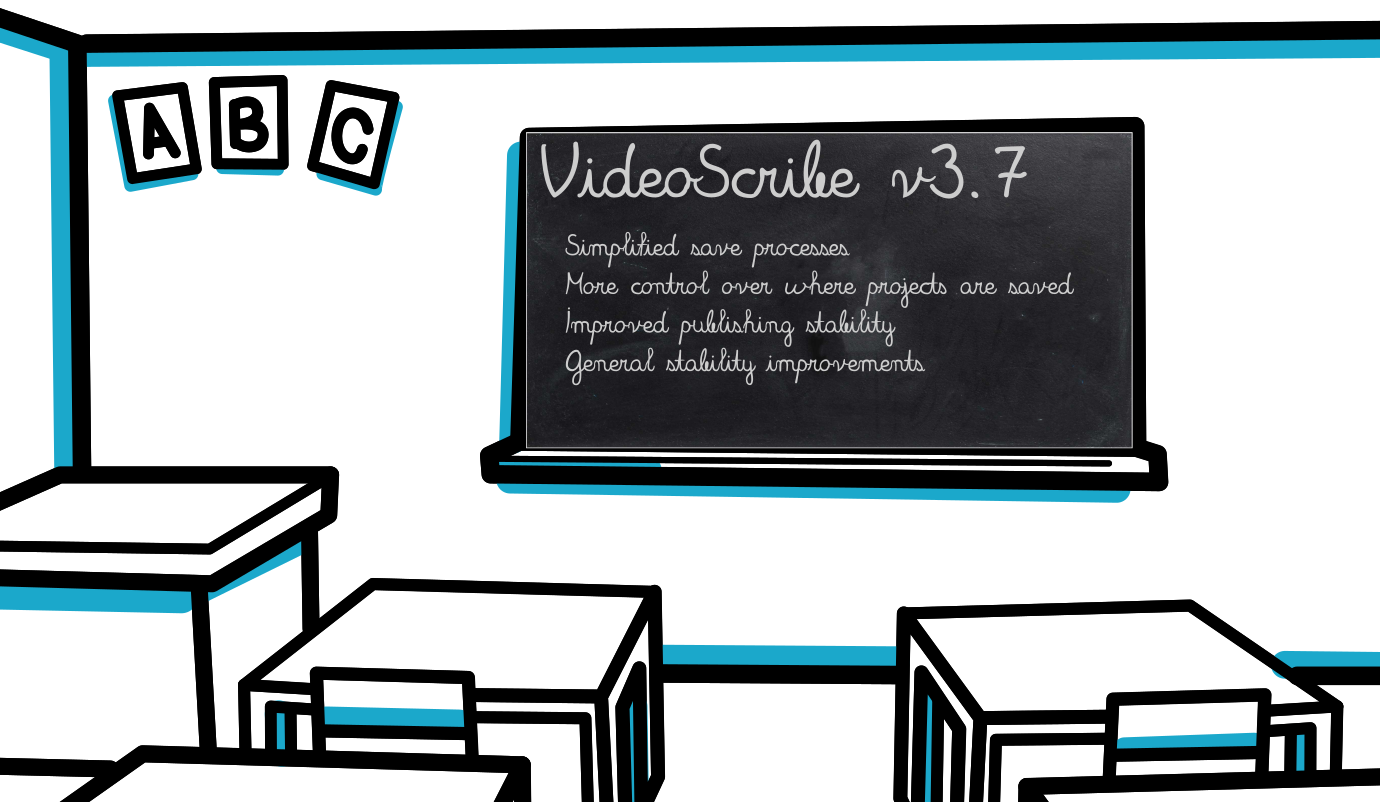 If you have used VideoScribe before, it is important that you understand the following information before updating versions.

If you are upgrading from v3.5 or below, please also read the v3.6 release notes.

We’ve made some significant changes to the way your scribes will be saved:

This means that when you first open VideoScribe v3.7 you will be asked to migrate your projects out of the application folder, to a location of your choice. We’ve created a wizard that will help you do this and instructions on how to use this can be seen in the video below. Further details can be found on our Migrating existing projects to v3.7 help page.

We’ve packed a lot in and we hope you like the sound of all these improvements! Here’s how you upgrade to v3.7…

If you would like to upgrade to the latest release of VideoScribe, simply download and install it here. For detailed instructions on how to do this, please see the links below.

We’ve released an update to v3.7 which includes...